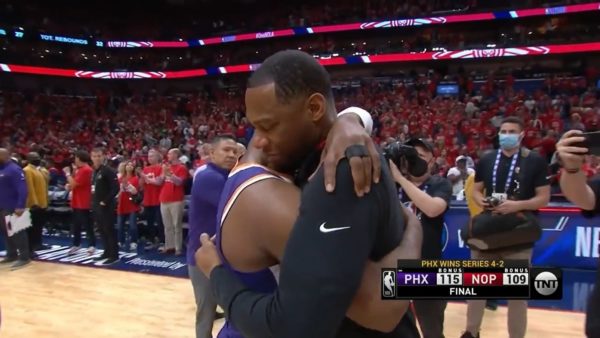 New Orleans Pelicans coach Willie Green was unusually emotional at the end of his team’s six game series against the Phoenix Suns.

The Pelicans were eliminated at home Thursday after battling the Suns for six difficult games. The outcome was definitely hard to take for Green, who could be seen choking back tears as he greeted coach Monty Williams and the rest of the Suns.

The Pelicans def got something special with HC Willie Green

There is some important context here. Green spent the previous two seasons as an assistant in Phoenix under Williams. He became very close to the players, including Chris Paul, so this was extremely bittersweet for him.

Green has provided some memorable moments for the Pelicans this season all on his own. His team appears to be a rising power in the West, and he certainly looks like the right coach to guide the team forward.