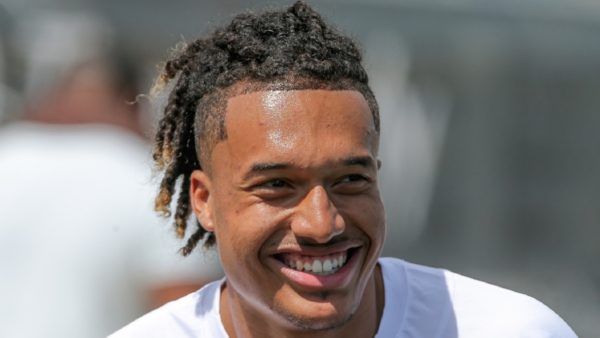 The Minnesota Vikings have made some big changes to their quarterback room.

The Vikings on Tuesday made some roster cuts that will reshape the quarterback depth chart. The team waived Kellen Mond, who was a third-round pick last year.

The #Vikings are waiving QB Kellen Mond, per source.

A third-round pick out of Texas A&M in 2021, Mond had a lot of fans in the pre-draft process. But he struggled in preseason action and Minnesota's new regime traded for Nick Mullens recently. Now, Mond heads to waivers.

Minnesota also cut Sean Mannion, who could end up on the team’s practice squad.

The #Vikings are cutting QB Sean Mannion after doing so with Kellen Mond, source said. Mannion could return on the practice squad.

Though Mannion could return and possibly be in line to be the team’s third-string quarterback, it’s unclear where Mond will go. There were some fans of the former Texas A&M quarterback last year, who was taken No. 66 overall by former Vikigns GM Rick Spielman. Perhaps one of the teams who like Mond will want to claim the dual-threat quarterback.

Even under the new regime, Kirk Cousins remains the team’s starter, while Nick Mullens seems locked in as Minnesota’s backup. New team general manager Kwesi Adofo-Mensah traded for Mullens last week, which seemed to hint that the former Raider was likely to land the No. 2 QB job.

Mond went 29/51 this preseason with just two touchdowns and two interceptions. Mannion has spent time in the NFL since 2015.