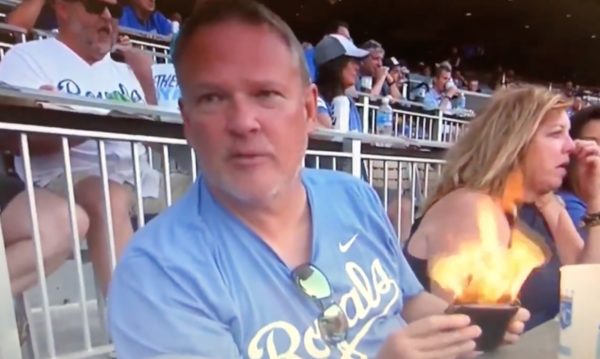 The Kansas City Royals may not be on fire, but one fan’s wallet was during Monday night’s game against the Cincinnati Reds. Yes, literally.

A Royals fan at Kauffman Stadium went viral after he was shown on the television broadcast with flames coming out of his wallet. He appeared to be making change with a vendor when he opened his wallet and actual fire came out. Check it out:

What exactly what going on there? Believe it or not, you can also have a flame coming out of your wallet for around $15. It appears the fan had a “magic” wallet that contains a fire cloth inside.

The Royals lost 6-2 to the Reds to fall to 35-49 on the season. We tend to doubt they’ll catch fire like the wallet, but you never know.