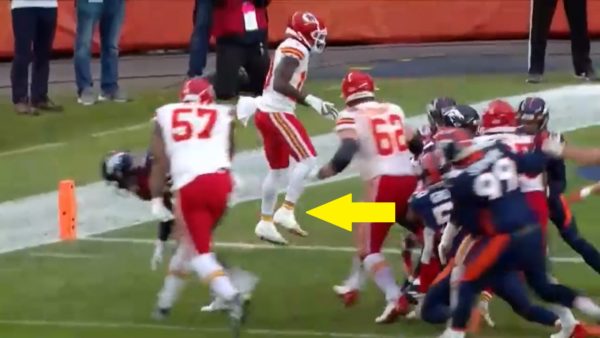 The Kansas City Chiefs are dealing with a concerning situation regarding wide receiver Tyreek Hill in their season finale against Denver.

Hill was visibly limping on several plays in the first quarter, and had his snap count limited as a result. ESPN’s Laura Rutledge reported on the TV broadcast that Hill injured his heel during warmups and the Chiefs were being careful with him as a result.

Whatever care the Chiefs were putting in wasn’t enough to mask Hill’s injury. He was seriously laboring whenever he was on the field and was largely ineffective.

Why is Andy Reid keeping Tyreek Hill in the game? he's clearly banged up… why risk further injury to your top WR?pic.twitter.com/yaPQ8QvrGC

There are reasonable questions about why Hill is even playing. He was targeted just twice, and the injury is so obvious that he’s fairly ineffective as a decoy. The Chiefs need to win the game, but their playoff push could be seriously hindered if Hill makes the injury worse by playing through it.