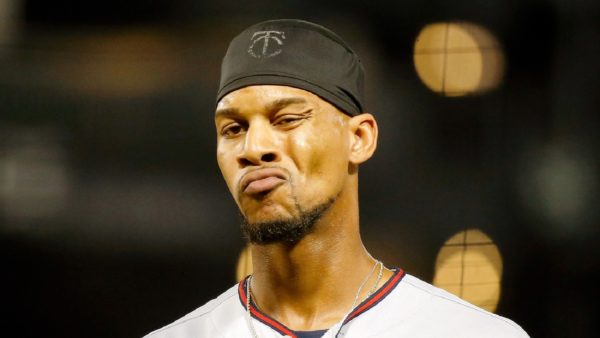 The Minnesota Twins are moving to Plan B (or perhaps Plan C, D, or E) after the injury to Byron Buxton.

Dan Hayes of The Athletic reported on Thursday that the Twins have signed veteran outfielder Billy Hamilton to a minor-league deal. The 31-year-old Hamilton will be working out in Fort Myers for the Twins’ FCL (Florida Complex League) team over the next few days, Hayes adds.

The Twins need help in center field right now with their All-Star slugger Buxton landing on the injured list due to a hip issue. Their other current options at the position (second-year Gilberto Celestino and veteran Jake Cave, who is hitting just .154 this season) are not especially exciting.

Hamilton is known as a speed demon on the basepaths (swiping 264 total bags from 2014 to 2018) as well as a top-shelf defender with his limitless range. True, he is a career .239 hitter who hit a horrifying .077 with the Miami Marlins this year and should probably never see the batter’s box again. But as a pinch-runner and late-game defensive replacement, Minnesota can do far worse than the highlight machine Hamilton.