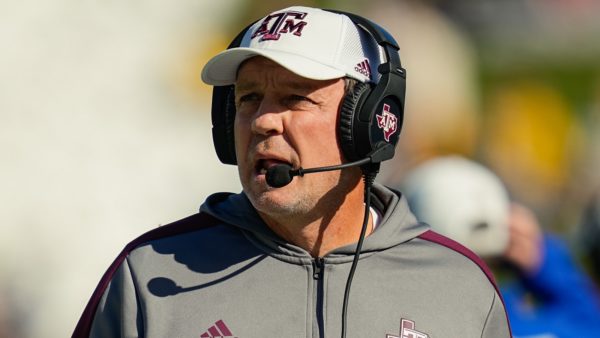 Few teams have been more disappointing this season than the Texas A&M Aggies, and the team’s fans registered their displeasure on Saturday as the team struggled again.

The Aggies hosted UMass on Saturday in what should have been a fairly straightforward game. The Minutemen are just 1-9 and have lost in blowout fashion to the likes of Toledo and Buffalo this season. However, the game was shockingly competitive at halftime, with the Aggies ahead just 10-3.

After the band’s halftime performance, Texas A&M fans at Kyle Field seemingly decided to vote with their feet, so to speak.

— Bussin' With The Boys

Kyle Field has about cleared out after the band performed at halftime: pic.twitter.com/yuxMGCZZ1G

Clearly, a lot of fans decided there were better ways to spend their Saturday than by watching Texas A&M struggle with a 1-9 team. One can hardly blame them for that, but it is a pretty brutal indictment of how Jimbo Fisher’s squad has performed this season.

The Aggies came into 2022 with massive expectations on the back of a top recruiting class, but are just 3-7. Fisher’s job has been thought to be relatively safe, if only for financial reasons, but performances like this might test the school’s patience on that front.