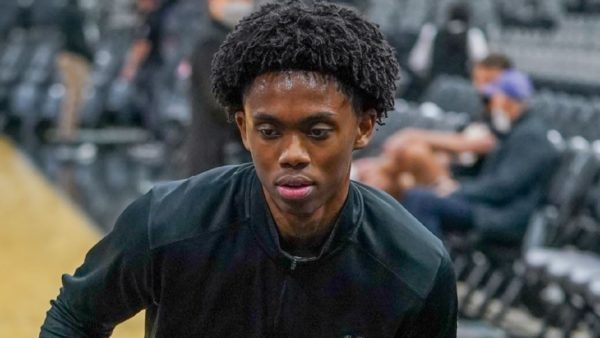 Though the San Antonio Spurs still have a whole lot to sort out with the Joshua Primo situation, one particular outcome can likely be ruled out.

Veteran Spurs insider LJ Ellis of Spurs Talk is reporting this week that San Antonio GM Brian Wright is not in danger of losing his job. Ellis also quotes a team source who insists that “everything was handled with great care and concern” with regard to Wright and the allegations against Primo.

The 19-year-old guard Primo, the Spurs’ lottery pick in the 2021 NBA Draft, was abruptly released last month with very little explanation from the team. Eventually, it came to light that Primo allegedly exposed himself to multiple women, including an ex-Spurs employee who is now suing the team.

The accusations against Primo led to some speculation that Wright, GM of the Spurs since 2019, could potentially be fired based on when he knew of Primo’s alleged conduct and what action (or inaction) he subsequently took. It appears however that Wright’s job is safe, despite the former employee claiming in the lawsuit that her “repeated” complains to the organization about Primo (starting as early as Jan. 2022) were ignored. You can read further details about the lawsuit here.

The post Spurs not expected to do 1 thing in spite of Joshua Primo allegations appeared first on Larry Brown Sports.