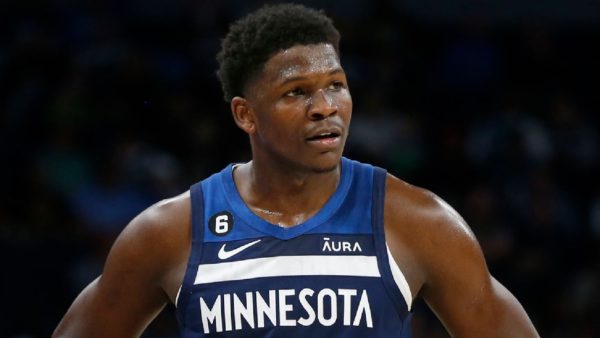 Don’t ask Anthony Edwards and Rudy Gobert to be lab partners because they clearly have no chemistry.

An absurd statistic about the new Minnesota Timberwolves teammates Edwards and Gobert went viral this week. The Ringer’s Kevin O’Connor shared just how pitiful the duo’s rapport has been this season. Edwards is only passing the ball to Gobert a miniscule 1.7 times per contest, O’Connor notes. The pair have also run 125 total pick-and-rolls, of which Gobert has received the ball from Edwards a whopping total of four times (3.2 percent).

Of course, there is no need to panic about those unflattering numbers just yet. Edwards and Gobert have only had 15 games to get accustomed to each other, and the former is a wing (not a point guard) who has only averaged 3.4 assists per game on his career. But with Minnesota below .500 (7-8) to start off the season and Edwards seemingly taking veiled shots at Gobert’s very presence on the team, it is at least cause for concern.

To this point, the Timberwolves have obviously not gotten the results that they were hoping for after trading away the entire barn (five players plus four future first-round picks) for Gobert over the offseason. Interestingly enough, a similar issue also plagued Gobert with his last star teammate.