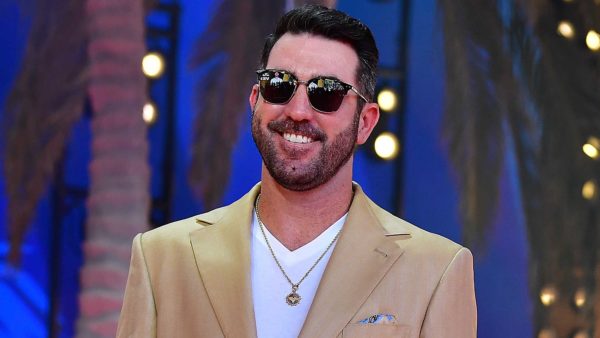 Justin Verlander has been with the Houston Astros since being traded there during the 2017 season. He made three All-Star games with them and won two Cy Young Awards, including the 2022 AL Cy Young Award.

Coming off his second World Series title with the team, Verlander might prefer to remain with Houston in the future. But if he decides to leave, the Los Angeles Dodgers might be the team to steal him.

The New York Post’s Jon Heyman reported in an article published on Thursday that Verlander and the Astros are “far apart” in contract talks. In a separate article, Heyman reported a source told him that if Verlander doesn’t stay with Houston, the pitcher will probably go to the Dodgers.

Verlander and his wife Kate Upton have a home in LA, which could support the Dodgers’ pursuit of the pitcher. The Dodgers are typically opposed to long-term commitments. Given that he is turning 40 in February, Verlander is unlikely to get too long of a contract (possibly three years), but he would likely receive high annual amounts in salary.

Verlander went 18-4 with a 1.75 ERA in the 2022 season. The Dodgers have Julio Urias, Clayton Kershaw, Tony Gonsolin and Dustin May in their pitching rotation. They’re looking to add at least another top starter.