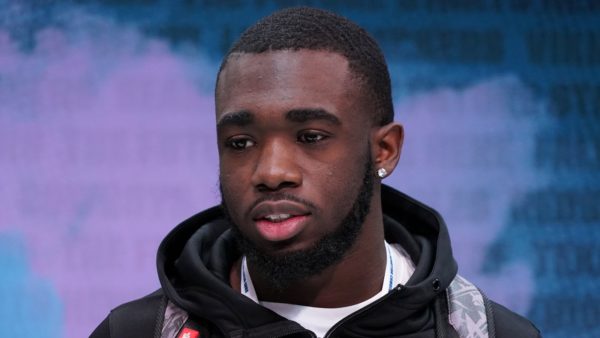 New York Jets wide receiver Denzel Mims recently informed the team that he wants to be traded, and it sounds like he may get his wish.

Mims’ agent Ron Slavin released a statement Thursday asking the Jets to trade his client. Slavin cited that the second-round pick has been given no real chance to earn a starting job. According to SNY’s Connor Hughes, the Jets are open to granting the request. However, they do not plan to cut Mims or give him away to another team.

They will not, though, give him away. They believe Mims has talent & like their receiving unit with him on it.

Only way a trade happens is if #NYJ get what they believe is equal value.

The Jets selected Mims with the 59th overall pick in the 2020 NFL Draft. They were obviously high on the former Baylor star then, but they seemed to sour on him pretty quickly. Mims was drafted by New York’s previous coaching regime under Adam Gase.

Mims has 31 catches for 490 yards in two seasons with the Jets. He had just eight receptions last season.