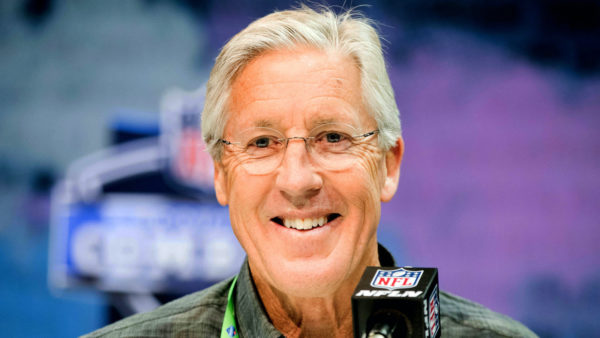 The Seattle Seahawks have certainly been the winner in the Russell Wilson divorce so far, and coach Pete Carroll dropped another hint as to why that might be.

Carroll hinted at resistance from Wilson on a key wrinkle in the team’s offense when speaking Monday. The Seahawks coach said current quarterback Geno Smith has been willing to go off the wristband more, which has helped the offense run smoothly and more efficiently. This did not happen before, according to Carroll, because there was “resistance to that” in the past.

When asked about Geno-Waldron and offense running smooth, Carroll dropped this:

"Geno's going off the wristband, which is a big help. It's smoothed things out, sped things up, cleaned things up…We never did that before. There was resistance to that, so we didn't do it before."

It’s not tough to figure out that Carroll is referencing Wilson here. The more remarks like this we get, the more clear it becomes that both sides desperately needed to move on and simply were not seeing eye-to-eye. Carroll is not the only one who has implied that, either.

The Seahawks have definitely gotten the better end of the deal so far, though. Wilson’s Denver Broncos have struggled on offense, while Smith and the Seahawks are flourishing, to the surprise of many.