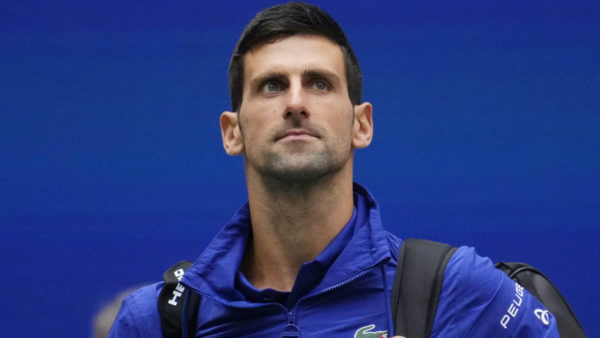 Patrick McEnroe on Wednesday responded to the big news about Novak Djokovic.

Reports this week said that Australia would be reinstating Djokovic’s visa after previously banning him from the country. The reinstatement would clear the way for Djokovic to play in the Australian Open in January after he was deported earlier this year, leading him to miss the event.

McEnroe, a former player and longtime ESPN commentator, weighed in on the matter via Twitter Wednesday.

“Looks like [Novak Djokovic] will be back [at the Australian Open],” he wrote on Twitter. “Great for tennis.”

Djokovic made the choice not to get vaccinated against Covid-19. His choice led him to miss the Australian Open and US Open earlier this year, as well as many other tournaments. His absence from the events cleared a path for Rafael Nadal to break a tie with him for the most majors ever. The Serbian star won Wimbledon, while Nadal won both the Australian and French Open tournaments, giving him 22 majors to Nadal’s 21.

Djokovic has won the Australian Open nine times during his career, making it his best major. That’s why his absence in 2022 was such a big deal. His presence at next year’s event will make the tournament much more complete, which is why it’s “great for tennis,” as McEnroe said.