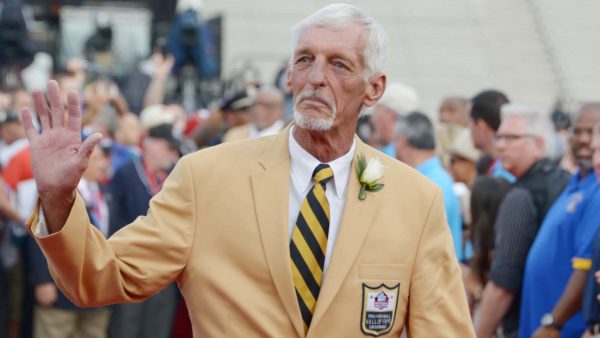 Guy died on Wednesday morning following a lengthy illness. He was 73.

He's considered the greatest punter of all time. The Ray Guy Award is given to the top college football punter. He played at Southern Miss and spent 14 years with the Raiders.

Guy is widely considered to be the greatest punter who ever lived. He remains the only pure punter to ever be inducted into the Hall of Fame. He was enshrined in Canton in 2014.

Selected in the first round of the 1973 NFL Draft by the Oakland Raiders, Guy reached the Pro Bowl seven times and was voted All-Pro three times. He averaged 42.4 yards per punt for his career, and his punts were so high and far in distance, they led to the concept of “hang time.”

Guy starred at Southern Mississippi for four seasons before playing all 14 years of his professional career with the Raiders. The Ray Guy Award, which is given annually to the best player in college football, was created in 2000.

One NFL legend said years ago that he would have drafted Guy even higher after seeing how the punter’s career played out. It remains to be seen if another punter will ever make it to Canton, but there is little question Guy is deserving of the honor.