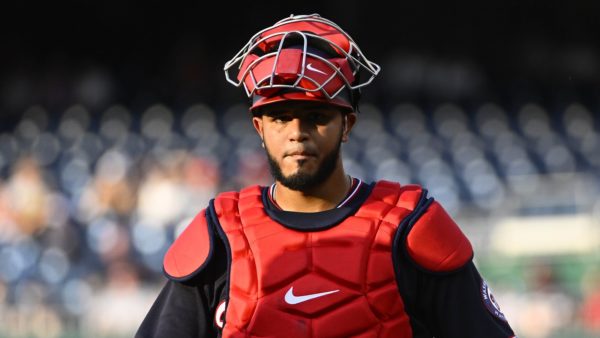 Ruiz took a foul ball to the groin Thursday against the St. Louis Cardinals, and was replaced by backup Riley Adams to start the bottom of the sixth inning. After the game, Nationals manager Dave Martinez revealed Ruiz had been taken to the hospital due to swollen testicles, and the team was awaiting his return before departing for Philadelphia.

No easy way to put this: Keibert Ruiz was sent to the hospital with swollen testicles after getting hit with a foul ball. Nationals are waiting for him to return before they all leave for Philly.

This is, to say the least, not the sort of injury anyone would want to deal with. These things do happen, and while most players find a way to power through, it’s no wonder Ruiz had to leave the game and get this particular one checked out.

The Nationals acquired Ruiz in 2021 as one of the key pieces of the trade that sent Max Scherzer and Trea Turner to the Los Angeles Dodgers. The 23-year-old came into Thursday hitting .251 with seven home runs and 36 RBIs.