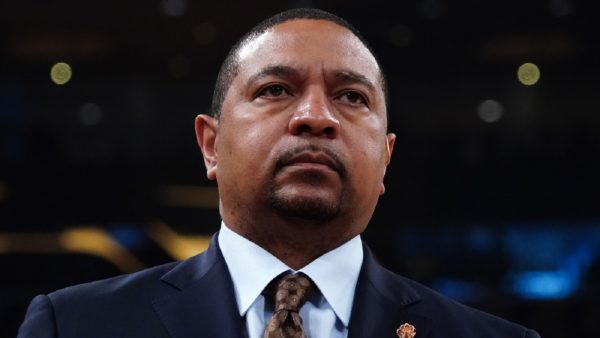 Some eight-and-a-half years after his last foray, Mark Jackson is still holding onto the dream.

In an interview this week with TMZ Sports, the ESPN analyst Jackson said that he continues to have interest in returning as an NBA head coach.

“I got my phone on, so I’m more than available,” said Jackson. “They know how to find me. I look forward to that day.”

Jackson, who has become a constant on ESPN’s NBA game broadcasts, has not coached since the 2013-14 season. He was effective in his three years as head coach of the Golden State Warriors, turning them from cellar-dwellar into playoff team. But he was fired in 2014 after a tenure that was shrouded with some controversy. The Warriors have also earned six Finals berths and won four championships since replacing Jackson with Steve Kerr.

But it might not be all that surprising to see Jackson receive another call. As recently as this year, he was named as a finalist for one head coach opening. It is worth noting though that there are theories out there as to why Jackson still has not been able to actually get another NBA job.