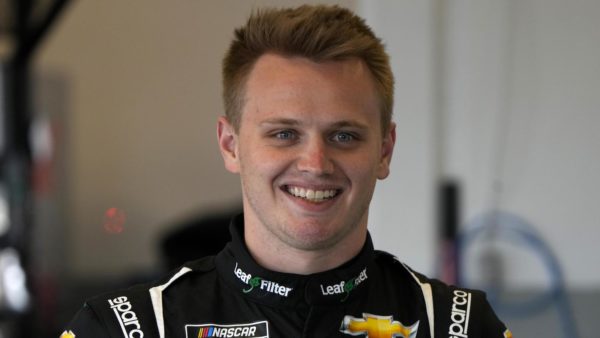 A massive crash took out nearly the entire field late in Sunday’s Cup Series race at Daytona, and it appears it was caused by inclement weather. Justin Haley did not feel NASCAR handled it the right way.

Several cars spun out with 21 laps to go, which allowed Austin Dillon to spring to the front of the pack after being a lap behind. It was hard to tell what caused the wreck at first, but replays showed that rain had begun falling on the part of the track where drivers lost traction.

EVERYONE WRECKS.. EXCEPT AUSTIN DILLON!

What. Just. Happened!? Rain hits the track and the entire field gets collected with the exception being @austindillon3

Haley, the driver of the No. 31 Chevy, was near the front of the field at the time of the wreck. He said it was “unacceptable” that NASCAR officials allowed the race to continue. Haley claimed his spotter told him a full lap prior that rain was coming down.

"Pretty unacceptable."@Justin_Haley_ expresses his frustration after no caution was called due to rain prior to the big wreck that took him out of contention for a win.#NASCAR #CokeZeroSugar400 pic.twitter.com/QSVy7EN4tK

Denny Hamlin, whose No. 11 car was leading at the time, was also frustrated. He said the only way to prevent a problem like that in the future would be to have “better officiating.”

More of what Denny said after exiting the infield care center … pic.twitter.com/cLOqLIpfjk

Daytona is a huge track. Haley said his spotter knew for a full lap that it had been raining, but some in-car camera views appeared to show rain only hitting windshields as the leaders reached that particular turn. Kyle Busch also told NBC that there was “nothing there” the previous lap in reference to the rain.

The crash was a blessing for some and a terrible break for others. Dillon, who has not yet won this year, took the lead just before the red flag came out. Martin Truex Jr. also avoided the wreck and jumped up to 7th, which was huge for him after what happened earlier in the race.