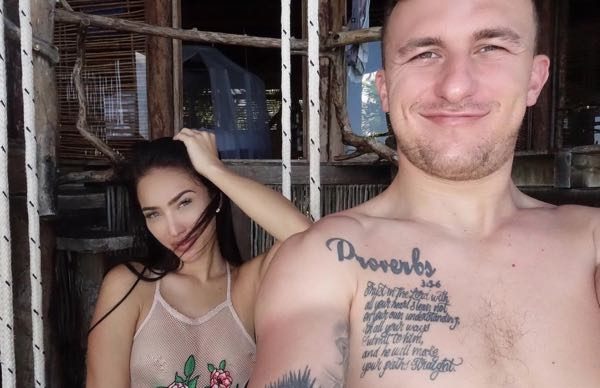 It has been more than two years now that Johnny Manziel and his ex Bre Tiesi parted ways, and it appears their divorce is finally being settled.

According to court documents obtained by The Blast, Tiesi submitted a judgment package on April 1 detailing her divorce from Manziel. It’s unclear if she will receive spousal support, but the split should not be that complicated since Manziel and Tiesi have no children together and were not married very long.

Manziel and Tiesi began dating in 2016. They were engaged in March 2017 and got married a year later. They then split a year after that in March 2019 and have not been together since.

Tiesi initially dropped “Manziel” from her name and deleted all pictures of Johnny from her profile. She then unloaded on the former NFL quarterback with some social media comments, so it does not seem like the split was an amicable one. Both parties will likely be pleased to finalize it.