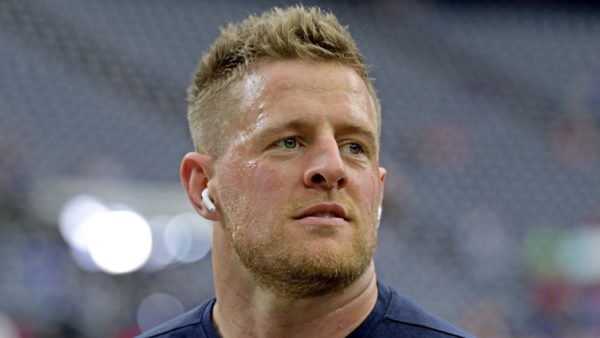 For all you victims of bad beats out there, JJ Watt has your back.

During the second quarter of his team’s 27-17 victory over the division rival Los Angeles Rams on Sunday, the Arizona Cardinals defensive end Watt was at the center of a controversial call by the officials. After teammate Myjai Sanders got to Rams quarterback John Wofford for a strip sack, Watt was right there for the fumble recovery and would have walked in untouched for the defensive touchdown. Unfortunately, the referees immediately blew the play dead, believing that Wofford’s arm was coming forward when he was hit for what would have been an incomplete pass.

JJ Watt is robbed of a scoop and score. pic.twitter.com/sEIC8plwlG

Upon replay review however, the officiating crew ruled that Sanders had hit Wofford before the arm came forward and rightfully awarded possession to the Cardinals instead. Arizona went on to score a touchdown on the ensuing drive … but Watt lost out on getting the score for himself.

That proved impactful to one sports bettor, who had a Cardinals defensive touchdown as one of three legs of a parlay for Sunday’s game. The bettor hit on the other two legs (the Cardinals to win the contest and running back James Conner to score a touchdown) but got screwed out of the third, costing him a $1,000 payday.

As a result, the bettor reached out to Watt, asking for some help in a tweet. Surprisingly, the three-time Defensive Player of the Year obliged, writing, “Yeah you got screwed. (we both did) I got you. DM me your address.”

Yeah you got screwed. (we both did)

DM me your address. https://t.co/rbtNUWcSL7

It sounds like Watt was just as salty about the bad call as the bettor was. But the bettor should definitely consider himself very lucky. Not all pro athletes are as understanding about parlays as Watt is.

The post JJ Watt has cool gesture for bettor who was screwed over in Cardinals game appeared first on Larry Brown Sports.